For enthusiasm and more

For me, Cancun was a great alternative to escape from the upcoming winter in Bulgaria. Yes, there was also winter there, but the average temperature did not fall 27º C which was great for me. This was a spontaneous decision accompanied by the strong desire for the past few years to visit Latin America. I wanted something more than a two-week luxury trip to an expensive hotel. Moreover, I was in a stage of my life when I needed some time to be alone and think deeply about my future goals. I knew it was the right time and I have to do it now.

Cancun – beyond the eyes of a Bulgarian woman

The name Cancun comes from the Maya language and means “a nest on snakes” (Kahn – snake, kun – socket). In the area there were really many snakes (and perhaps still have) before the terrible building that began about 40 years ago and turned Cancun into what we see today. They say that Miami has been a model when creating the new tourist town.

So, Acapulco, previously considered to be the most visiting a seaside resort in Mexico, it losses its popularity. With constant rainfall there and growing crime, it is no longer such a secure place for tourism, which makes the government to look for a new alternative in the face of a new grand project – Cancun.

Cancun has more than 600,000 people without counting tourists who visit the city throughout the year. People from  all over the world, mostly from the United States. In the various months they say however, that tourists are changing. For example, around Spring Break, Americans and Canadians predominate, and in winter more French people  and Europeans in general wanting to escape from snowy and icy Europe. 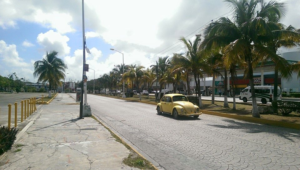 This is a great city. As a friend of mine said – “This is Barcelona for us in USA”. And it really was. Sunny, warm, full of palm trees, lots of tourists and lots of fun. You can find always what to do there, i.e. visit the paradise islands nearby, senotes – natural limestone ponds, diving sites (it is the second largest and most beautiful coral reef in the world), Chichen Itza – one of the seven new wonders of the world, surf courses and many more places which worth to be seen. 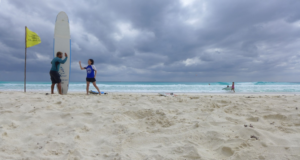 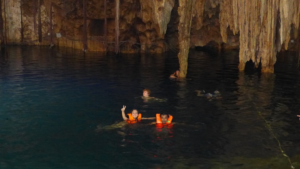 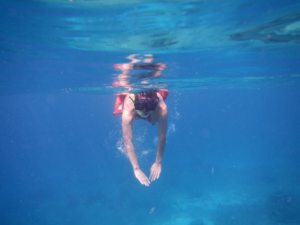 We can not miss to mention the beautiful beaches that you can find in the area. Cancun has several beaches that can be accessed with the public transport. One of the most fascinating is called “Playa Delfines”. The beach is wide and not crowded at all. The water is clear with turquoise color.
Cancun is really hot and you can easily burn if not protected. Do not get scary if you see iguanas everywhere around. 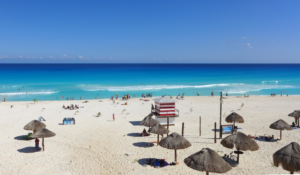 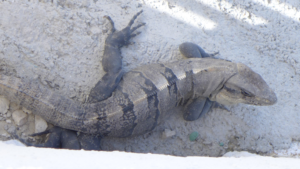 This happened to be a journalist from the Mexican national television “Televisa” who interviewed me about the beaches in Cancun and around. It was a fun day. 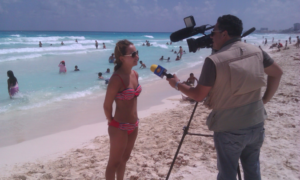 Cancun is a party city. It never sleeps. Maybe some of the most greatest bars and parties are made right here. However, it is not that cheap to visit them. you should pay between $ 40 and $ 80 entrance fee and enjoy full access to all drinks.  One of the most popular bars there is Coco Bongo which is in the main alley. 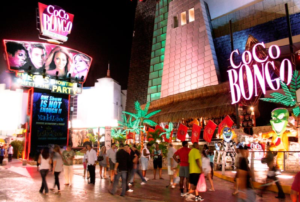 One thought on “Cancun – escape from cold Europe”